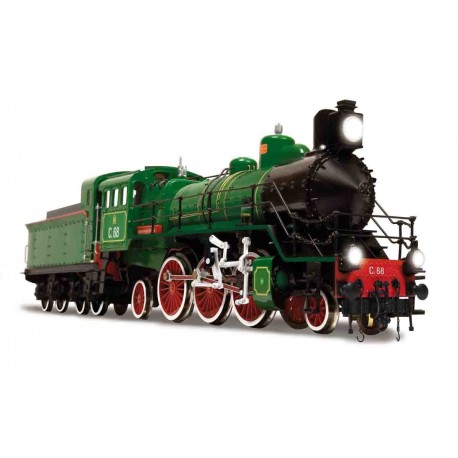 Immerse yourself in the world of railway modelling and enjoy a journey back to the age of these of these marvellous steam locomotives with our model kits.

Series S locomotives were developed towards the end of the 1900s, in Nizhny Novgorod, at the Sormoco factory (“S” meaning “designed at“) under the direction of the engineer B. S. Malakhovsky.

It was created as a passenger locomotive, designed to operate with low combustion-grade coal. Between 1910 and 1918 around 900 locomotives of this series were built and they were considered to be one of the best in the Russian Empire.

They remained in service until the mid 1960s. They had a very spacious metal steel cab, with two windows at the front and three on each side. To improve lighting they also had two rectangular windows above the firebox. Several of these locomotives have been conserved in good condition, and one of these can currently be found at the Central railway museum in St. Petersburg.

You will find out, step by step, how to put together a model with all of the details of the original locomotive. We invite you to let yourself get carried away and set up spaces for creative leisure in which you can enjoy this marvellous model train.