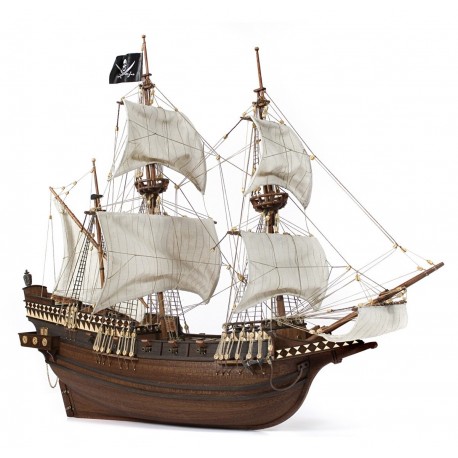 Discover one of the darkest parts of naval history with The Buccaneer Pirate Ship flying the infamous Jolly Roger flag.

In the seventeenth and eighteenth centuries the rise and death of piracy left for the history legends of fabulous treasures and great deeds.
Pirates and buccaneers will be remembered as the "kings of the sea."

Geographically mainly operated in the Caribbean, the trade route between America and Europe

While pirates robbed merchant ships and assaulted coastal cities to enrich, the buccaneers were engaged in smuggling, catching small merchant and the slave trade.

The Buccaneer model may have been one of those vessels used for their misdeeds. With this model boat will discover one of the darkest parts of naval history, enjoying his hobby to modeling.

Nick
Absolute joy
Very lovely kit. Not too easy not too difficult. Loved it!